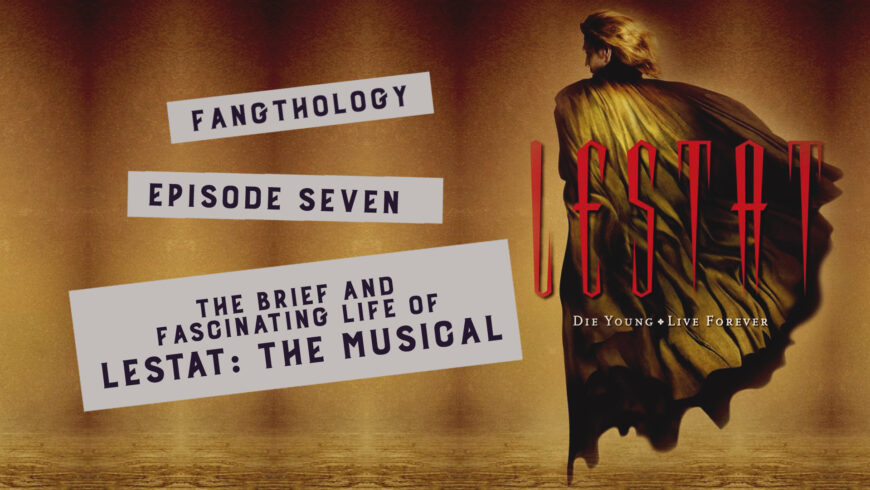 We introduced our podcast to the world of the living and undead with a deep-dive into Dance of the Vampires, one of Broadway theatre’s most notorious musical flops. That show will forever stand tall as one of the industry’s costliest errors, a mish-mash of bad ideas, micromanagement issues, and clashing egos that turned a beloved European hit into the laughing stock of New York City. Dance of the Vampires would also go on to become example number one as to why vampire musicals don’t work on the stage, at least in the English language. Of course, that didn’t stop people from giving it another try. Dance of the Vampires was based on an obscure Roman Polanski movie, one that didn’t exactly come with a lot of name brand recognition. As Broadway moved more towards familiar properties for adaptation purposes, from The Lion King to The Producers to Monty Python’s Spamalot, it made sense to stick to what audiences knew. And if you’re that set on making a vampire musical, why not take on one of the most iconic vampires in literary history? Not that one, although he does have his fair share of musical ventures. The other one. Lestat.

By Catherine
0
The Death and Afterlife of Vampire: The Masquerade – Bloodlines
Lord Byron and the Vampire Myth